“It’s devastating,” the publicist told AFP by email, confirming a TMZ report that Dean had died on Monday of a sudden and unexpected illness.

The celebrity website and Hollywood publication Deadline said Dean, who was also a model, had died in New York City.

Neither the representative nor the reports provided details about the illness that caused his death.

The sharp satire on class conflict won first prize at the Cannes Film Festival in May this year. The film also opened this year’s Jerusalem Film Festival. 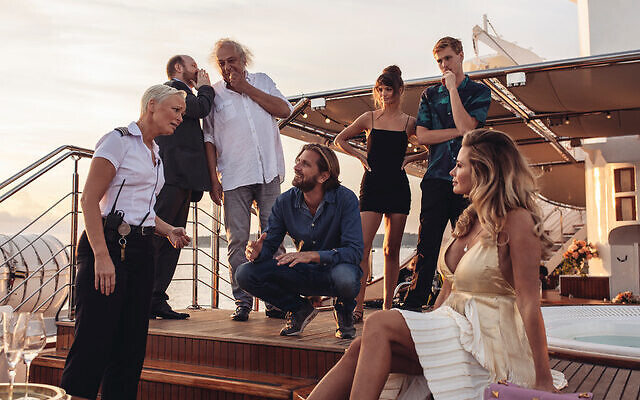 Before the film won the award at Cannes, Dean told The Associated Press: “For me, I already won. I’m already in Cannes with the film. That is so amazing. Anything is just a cherry on top right now for me, you know?

In the film, Dean plays Yaya, a model who is invited on a cruise for the ultra-rich who find their status suddenly undermined by unexpected events.

Prior to her turn on “Triangle of Sadness,” she was best known for playing Syonide on The CW’s DC Comics series “Black Lightning.”

Dean began modeling as a child, making frequent appearances on fashion runways and magazine covers in the decades that followed.

In October 2008, she was hospitalized after surviving a car accident with fellow model Ashton Schnehage, according to the movie database site IMDb.

you are a dedicated reader

We are very happy that you have read X Israel Times Articles in the last month.

That’s why we started the Times of Israel ten years ago, to provide discerning readers like you with must-read coverage of Israel and world Jewry.

So now we have a request. Unlike other media outlets, we have not installed a paywall. But since the journalism we do is expensive, we invite readers for whom The Times of Israel has become important to help support our work by joining The Community of the Times of Israel.

For as little as $6 a month, you can help support our quality journalism while enjoying The Times of Israel. AD FREEas well as access exclusive content available only to members of the Times of Israel community.

Thank you,
David Horovitz, founding editor of The Times of Israel