Royal Parks bosses have vowed to store the remaining Paddington bears in honor of the Queen until a decision is made on how to handle them sensitively, after encouraging mourners not to leave toys and jam sandwiches behind.

So many Paddingtons have been left outside the royal residences and a special floral tribute area in Green Park that organizers asked this morning that no more be brought in and that people keep the flowers unwrapped.

Children across the country have paid their respects with teddy bears and jam sandwiches in a nod to the charming skit filmed for the Queen’s Platinum Jubilee in June.

But the Royal Parks website states that they “would prefer” visitors not to bring “objects and artifacts other than flowers, such as teddy bears or balloons”.

In a statement, the parks said they would “store” the remaining stuffed animals and decide “what to do with them” over the next few months. 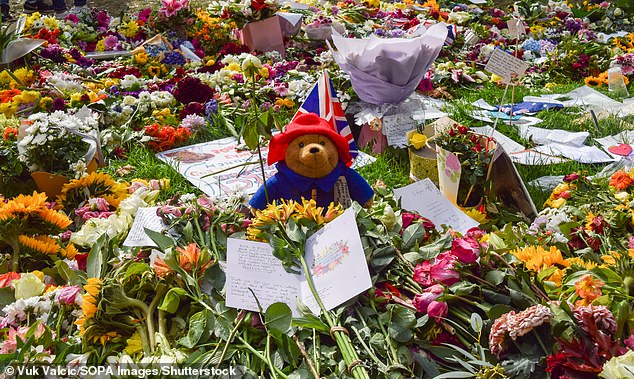 Royal Parks issued an update saying they don’t know what will happen to the Paddington Bears left as a tribute to the Queen. Pictured: A Paddington toy is among the floral tributes left for the Queen in Green Park today. 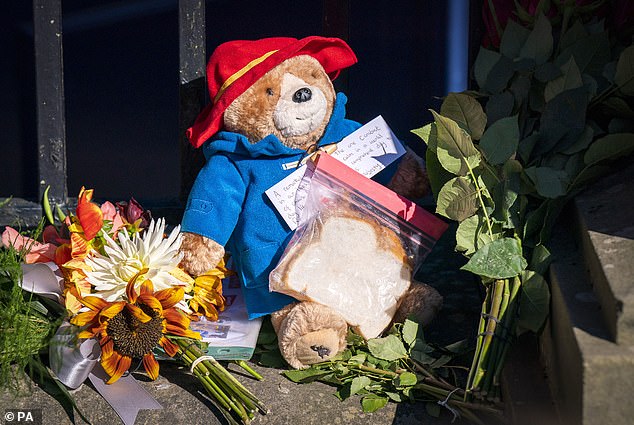 So many Paddingtons have been left outside the royal residences and a special floral tribute area in Green Park that organizers asked this morning that no more be brought in. 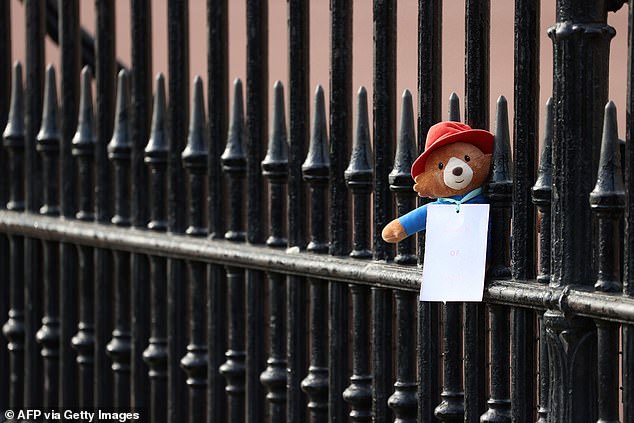 Children across the country have paid their respects with teddy bears and jam sandwiches in a nod to the charming skit filmed for the Queen’s Platinum Jubilee in June. Pictured: A bear outside Buckingham Palace on September 10

They added that they would not ‘stop’ people from leaving the bears, but would encourage people not to ‘for sustainability reasons’.

The fate of the bears who have been lovingly left is now unclear.

Some have suggested they should be distributed to charities, nurseries or children’s hospital wings.

Security teams have also encouraged people to leave the jam in jars instead of sandwiches to make it easier to remove. 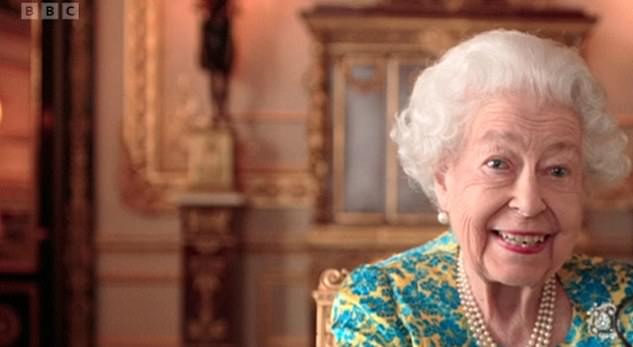 The Queen and Paddington Bear appeared in a comic sketch for her Platinum Jubilee in June.

In a simple but moving tribute posted on Twitter, Paddington Bear said: “Thank you ma’am for everything.”

Green Park, near Buckingham Palace, has a tribute garden to the late monarch where people can lay flowers in her memory.

Michael Bond’s daughter, Karen Jankel, 64, said it was “sad” that mourners have been told to stop putting down cuddly toys.

She said her late father, who died in 2017, would have been “overwhelmed” by the use of his beloved creation to honor Her Majesty.

Ms Jankel said: ‘I think it’s sad, but on the other hand I can understand that it’s difficult because there are so many of them.

It is very nice, but there are many of them. I’m pretty sure the charities could benefit from collecting them, but someone has to go and do it.’ 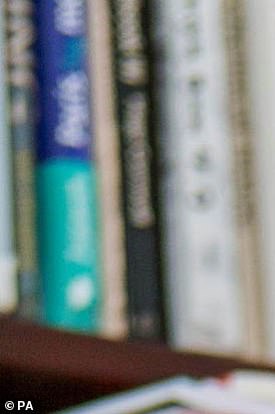 Karen Jankel, 64, with her father Michael Bond and his famous creation before his death.

Tens of thousands of people flocked to the site to leave bouquets, written tributes and stuffed animals in honor of Queen Elizabeth.

In a statement, Royal Parks told MailOnline: “Our priority at the moment is to manage the high volume of flowers and tributes being dropped off at The Green Park Floral Tribute Garden.”

“We will store any remaining cuddly toys and artifacts and work closely with our partners to agree what we will do with them over the next few months with discretion and sensitivity.

“We’re not stopping people from leaving stuffed animals or other artifacts, we’d just prefer they didn’t for sustainability reasons.

“The flowers themselves will be removed from the Floral Tribute Garden seven to 14 days after the funeral and composted in Kensington Gardens, with the compost then used for shrubbery and landscaping projects in the Royal Parks.”

Royal gardeners have had the mammoth task of removing plastic wrap from placed flowers, as members of the public have snuck in to help.

The Royal Parks website says flowers should be unwrapped before they are dropped off, to help with their longevity and to help with composting, which will begin after the Queen’s funeral on Monday 19 September.

Michael Bond’s beloved bear appeared in a comedy skit with the Queen to celebrate her Platinum Jubilee in June.

The two-minute video shows Paddington and the Queen having tea at Buckingham Palace as the Jubilee celebrations begin.

Paddington Bear hilariously defies royal etiquette by drinking straight from the kettle, smashing a cake, and pulling a jam sandwich out of his hat.

Queen Elizabeth took the opportunity to show her sense of humor by pulling a sandwich out of her bag that she is saving ‘for later’.

Since then, Paddington Bear has become a symbol of the nation’s love for the Queen.

Tributes to the monarch after her death on Thursday at Balmoral Castle included sandwiches with ‘For Later!’ written on them. 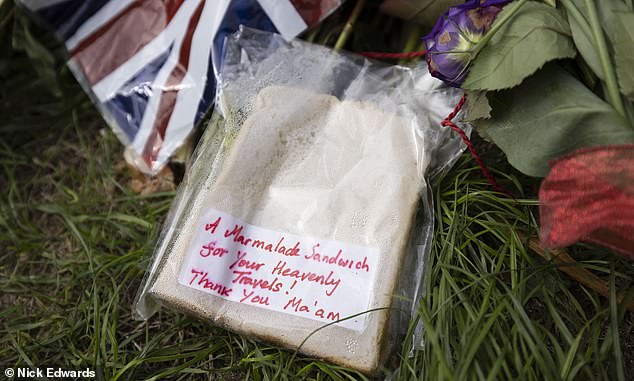 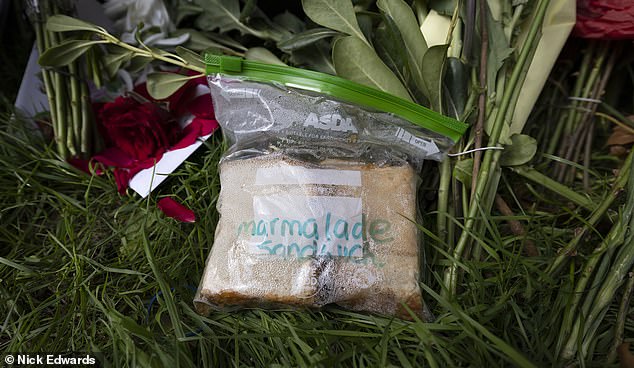 One tribute read: ‘A jam sandwich for your heavenly voyages! Thank Mrs.’ Another had “jelly sandwich” written on the bag. 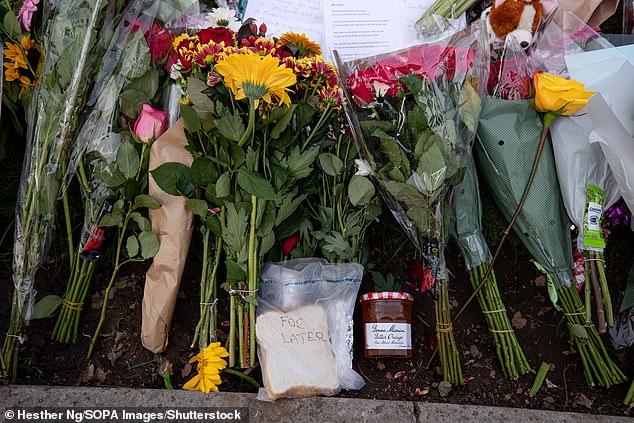 A member of the security team encouraged people to leave jam in a jar instead of sandwiches to make it easier for volunteers and workers to get out.

One read: ‘A jam sandwich for your heavenly voyages! Thank Mrs.’

Another just had ‘jelly sandwich’ written on the bag.

On Twitter Thursday, Paddington’s account simply said, “Thank you, ma’am, for everything,” referring to his parting words in the video.

However, the sandwiches left out in a touching tribute to the Queen began to go mouldy.

One of the Royal Parks security team members, who did not want to be identified, had heard of the stories of jam sandwiches being left behind.

Although he hadn’t seen any sandwiches himself, he said he would encourage people to bring jam in a jar to make it easier for volunteers and workers to remove.